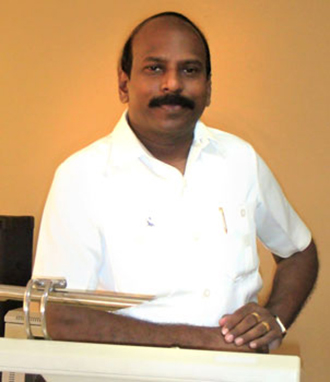 Mr. M. A.Gupta, an FCA Founder & Chairman of Superwhizz is a firm believer in conventional and customary practices being adopted in training and coaching for years. He took up teaching as a profession since 1992.

He believes in a teaching methodology that relates to human brains, which possesses reserves of untapped intellectual, psychological and physical resources. The empowerment of the software created by Mr. Gupta has been the propelling force behind the high quality of learning experience at Superwhizz.

Through the centuries, there have been many different approaches to education system. One of the more innovative and influential educational philosophies of the 20th century was developed and promoted by Mr Gupta whose name has become emblematic of a certain style of education. His intense urge to bring about a sea of radical change in the traditional teaching techniques and pedagogies has culminated in the form of this institution.

A humble beginning of an institute that was destined to produce professionals with CA, ICWA and CS qualifications, apart from grooming the aspirants of competitive examinations like MBA, MCA. The level and extent to which capabilities are developed in a person are recognized by the concepts of talent and genius.

Since no objective criteria are presently available to define the appropriate level of abilities, further discrimination between talent and genius will have to proceed in the terms of the products.

It was evident that to have a vision was not enough. Effective governance and quality education were seen as critical aspects.

From the very start Mr. Gupta introduced the concept of innovative technologies where the students play an equally important role in administering the vision of the Institute. This coupled with ground breaking new techniques of logic, retention, and recall have all served in indicating Mr Guptas stand as an educator par excellence.

The fact that the students of Superwhizz score not only the highest ranks consistently but also go on to become leaders in their respective fields is a testimony to the excellence advocated by Mr Gupta and practiced at Superwhizz.

He is notable not only for his contribution to the country's accountable growth but also for his philanthropy and kind-heartedness.

Many of us by seeing the most successful people in the world will appreciate their luck. But Mr. Gupta strongly believes that each and every person in the world is blessed with the same brain capacity and 24 hour day, it’s how we make use of it will make all the difference.

His goal is not only to enable students to pass in CA exam but also to help them succeed in life. He is the most passionate motivational speaker also. So, he has conducted General motivation classes for students, namely Biofeed, BioBooster. And he also developed study methods viz .. GPR, SM, NP, DB, ZEN, AG, IT, FINGER, BIOFEED,...... and many more to raise even average students to All India Level Ranks. With these he has Conducted more than 200+ seminars and counselled nearly 6,18,000 aspiring students on career guidelines installing a bright future in their lives, absolutely free.

Mr Gupta is a very passionate speaker who makes people achieve their goals and to get more fulfilment out of their lives.

The most remembered seminar by Superwhizz Director Mr. Gupta hosted by on ‘Human Success’ of NATS Atlanta took place in the month of March 2013. The seminar was on DNA Tuning for success using the SM Technique. This seminar is a part of a nationwide program and has been conducted in 4 cities, New Jersey, Atlanta, Los Angeles and Dallas.

The session which lasted more than four hours, kept the audience enthralled with content interlaced with anecdotal inferences and comic interludes of daily experiences. The hall was packed and the audience paid rapt attention even after four hours demanding more. He talked about the need to have a positive frame of mind and how anyone can achieve their goals with simple steps. 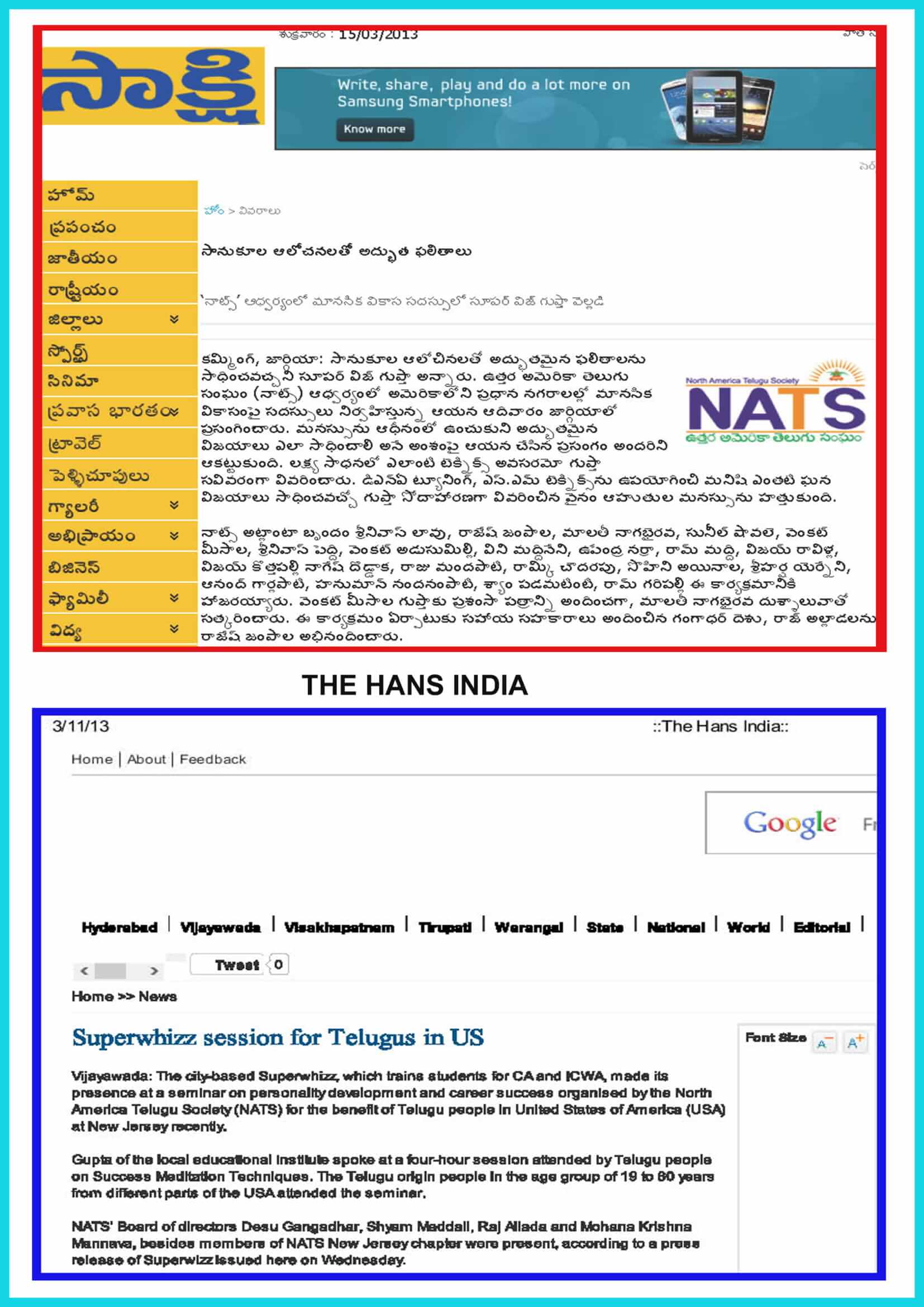 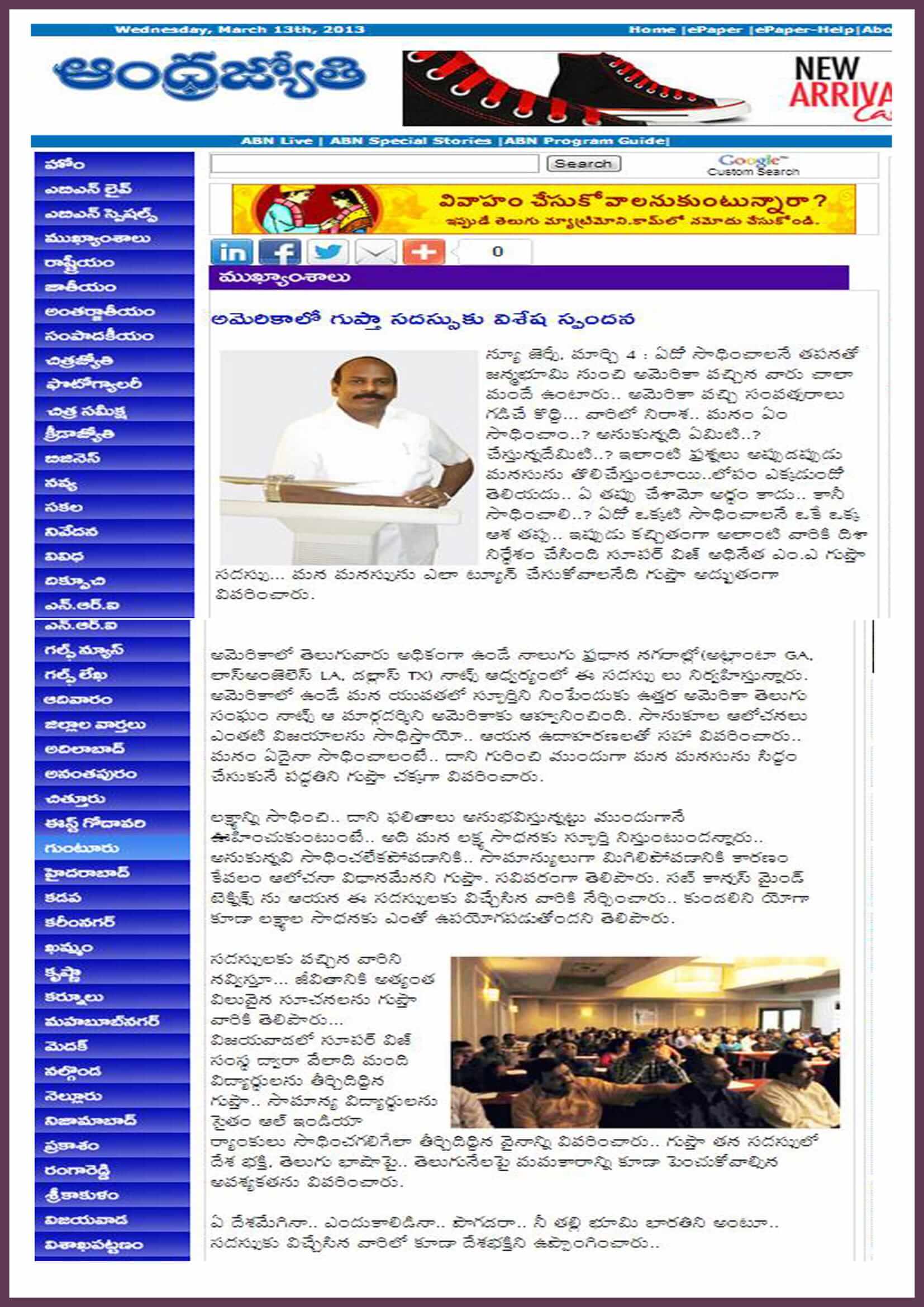 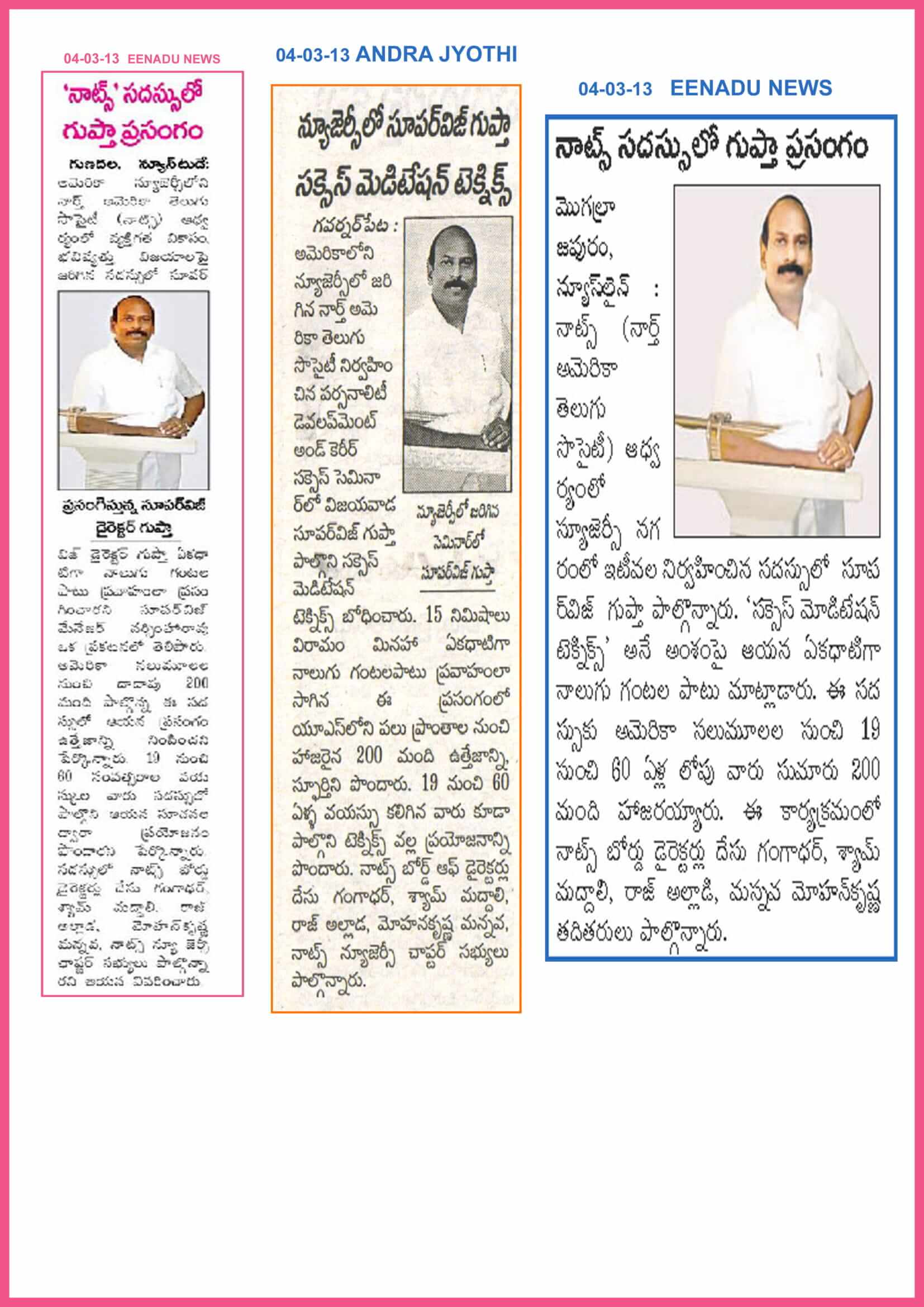